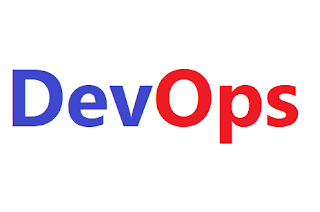 Today I am going to tell you DevOps tools and technologies that you must know to make a career in DevOps.

DevOps is a culture which helps to increase organisation’s productivity. They are platform developers who take care of all the activities which is common in development and IT operations.

In early days of agile development approach, lack of communication between developers and operation teams was reducing the development cycle’s efficiency and productivity. It increases the scope of DevOps in the market. Today every big organization has a fully dedicated DevOps team of at least 10 members in each project.

DevOps team consists of 10 to 30 members having multiple skills in tools and technologies.  There may be DBAs, cloud engineers, script experts, python experts, architectures etc.

DevOps Tools and Technologies You Must Know

So here now I am going to tell all tools and technologies you must know as a DevOps.

If you are planning to make your career in DevOps then you must be comfortable with Linux Operating System and you should know all basic linux commands. It should be your primary operating system. You can use centos, ubuntu, mint or RedHat.

You should have knowledge of cloud and server.There are many cloud providers in the market. AWS is the oldest cloud provider that provides n number of cloud reliable service and better support. Today many big companies are using AWS servers in their project. Some example of cloud service providers are AWS(Amazon Web Service), GCP(Google Cloud Platform), Digital Ocean, Microsoft Azure,  IBM Cloud etc.

This tool has made a revolutionary change in world of microservices. A DevOps engineer can not imagine himself without docker. Learn more about docker here.

Microservices are loosely coupled independently deployable unit which run on containers. In traditional approach monolithic applications is deployed as a single packaged code. But in microservice architecture instead of putting all code in one package, multiple independent package of code is created and deployed on multiple independent lightweight containers. Then these services communicate to each other with a message broker (like Kafka).

Like Developers, DevOps are platform Developer. They write script and automation for their platform and they these code on Git. Git is an open source version control platform which is used to store development code. A DevOps engineer must know all basic Git commands to maintain with their code and developer’s code repositories. DevOps have the Administrator rights for all repositories and they give appropriate access to other team members.

Today Database Administration also comes under DevOps. Organizations don’t spend extra money to deploy an isolate DBA team. A member of DevOps team takes care of all database administration operations. One should have good command in SQL queries. Some popular databases which are being used in the market, are MySql, MongoDB, Couchbase, Cassandra etc.

Kubernetes is an open source Google product which is user for container orchestration.

Suppose your three microservices are running on three containers having sufficient configuration for 100 users. After some time, your app has become popular and now daily one lack users visiting your app. Now you must have at least 1000×3 (100000/100=1000 container per microservice), you need to scale your containers from 3 to 3000.

If you will create 3000 container replicas manually then it will take too much time and who know how much scalability would be needed again after sometime. You can’t do it manually.

Here Kubernetes comes into the picture. It is used to manage deployments, replicas, secrets, jobs etc. One should know YAML to give resource specification.

To monitor resource usages DevOps use monitoring tools to keep eye on each resource utilisation. Monitoring tools continuously analyse the resource matrix and send an alert whenever feel any misshapen.

There are multiple tools available for monitoring. We can use Prometheus and Grafana.
DevOps uses Prometheus to collect and store matrix coming from resources and we use Grafana to visulize these matrix in form of graph, pi chart, bar chart etc.

In microservice architecture, there are multiple microservices work behind an application. So whenever an user want to access 4 different features (say Search, Payment, Subscribe, Review) running on 4 different microservice containers, then if there is an API Gateway exist between containers and user then user doesn’t need to hit 4 different url. User will just hit URL of api gateway and then API Gateway will decide where to pass this request.

4 thoughts on “What is DevOps? | Top DevOps Tools You Must Know”

Iconic One Theme | Powered by Wordpress